Church of the Assumption of the Blessed Virgin in Potters Quarter 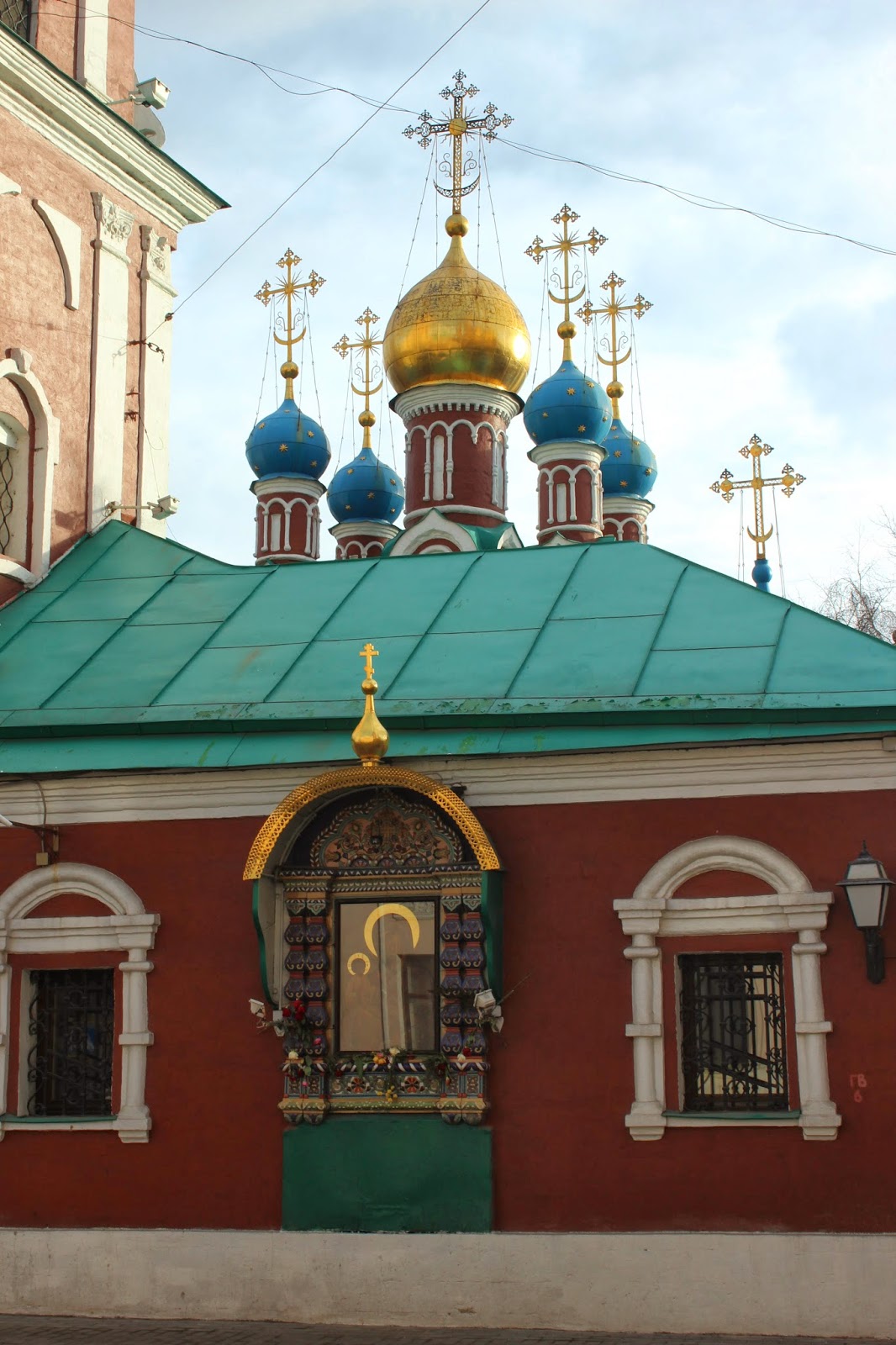 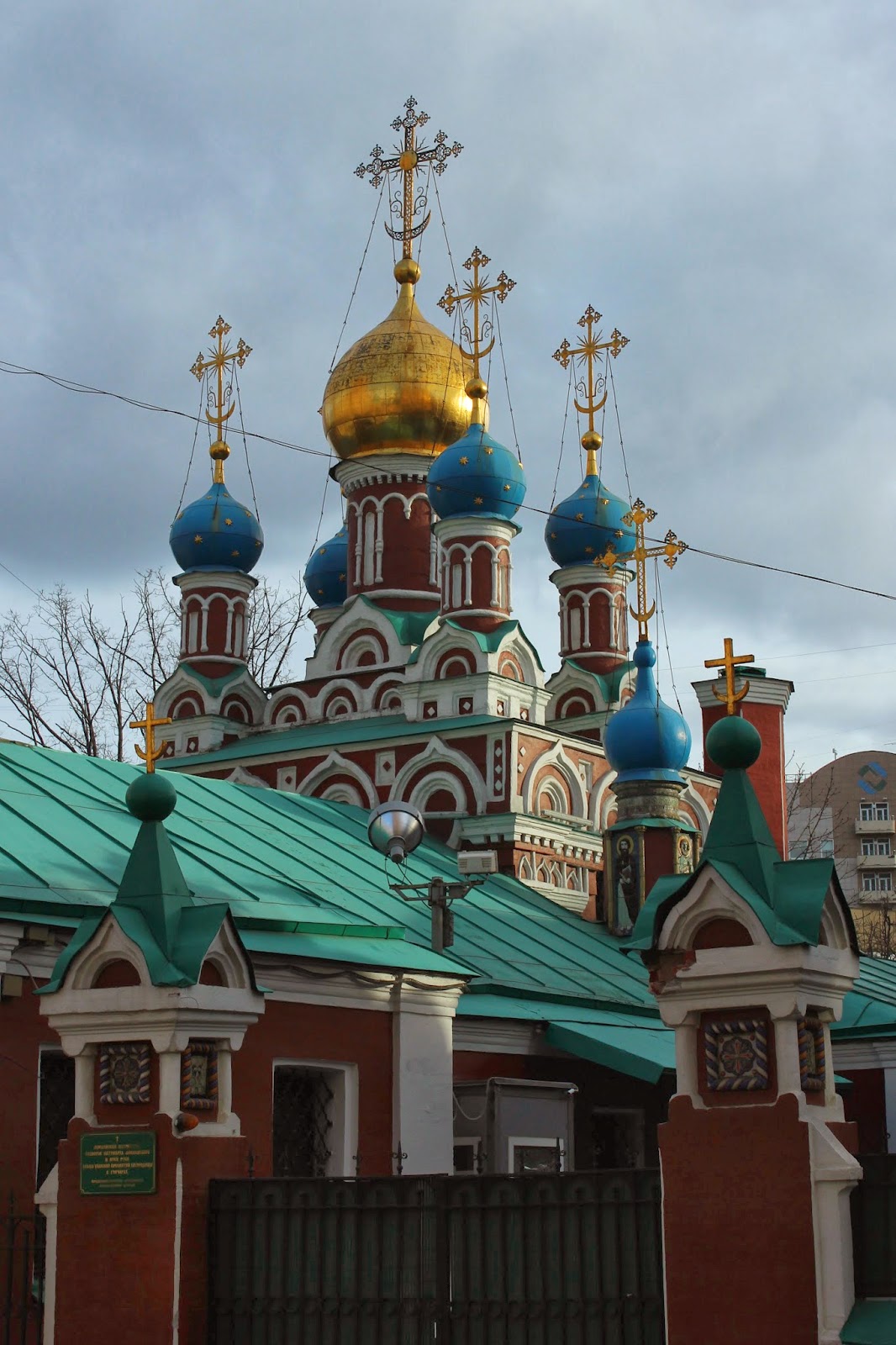 There are more than 600 Orthodox churches here in Moscow - more than I could ever hope to visit during our time here, but every opportunity I have I like to take the time to walk inside and look around.  It's important for women to wear a head covering while inside so I try to keep a scarf with me, or for the times I've been without, my knit winter hat has worked or a hood as well.  Men do not cover their heads, so it's just as important to remove their hat before entering.

I was out with a friend on this particular day so we knew we would be stopping by to see it.  This church is located off the Taganskaya Metro only a block to the north-west.

This is definitely one of my favorites so far, it is small, intimate and ornate.  It's easy to think that "it's just another church" in this city overflowing with churches, but each one is unique with its own story to tell.

Like many churches, a wooden church was originally built here along with a monastery in the late 16th century.  Because pottery and blacksmithing were essential trades that used fire, buildings frequently burned down.

In the 17th century Moscow had over 900 churches so travelers referred to it as a magic city glimmering with thousands of golden domes.  The city remained this way until the early 20th century just before the revolution.

In the 17th century the potters were concentrated into one section of the city to confine their fire kilns and protect the city.  This area became known as "the potter's quarter".

In 1654, after the original wooden structure burned, a new church was built of stone.  The potters in the area joined together to provide financing as well as skilled labor to build a church.  Unique details from their craft are seen in ornate tiles decorating the exterior of the building.  Red paint with white trim was typical of the period as brighter colors were beginning to be used in architecture.  The five domes seem miniature thinking of other domes in the skyline, but they are in proportion to the miniature size of the church.

The interior is stunning.  It is covered with frescos and gliding as is typical but the intimacy of the room brings the art close.  The scent of melted bees wax floated throughout the room as I wandered around peering at the many original icons.

This is one of the few churches that was not closed, destroyed or re-purposed during the Soviet era.  Believers in the church attribute this to the icon of the The Mother of God with "Three Hands".  Yep, you read that correctly.  This icon indeed has Mary with two hands holding the baby Jesus and a third hand awkwardly coming out of her robe, reaching for the baby in a bit of a creepy fashion.  The history of this third hand actually simply comes from a painter's misinterpretation of an earlier icon.  Legend says that John of Damascus was praying before the icon of Mary when his hand was cut off.  Mary in the icon miraculously reattached John's hand and a silver hand was attached to the painting in commemoration of the miracle.  When this painting was copied by other painters, the third hand was simply painted in. 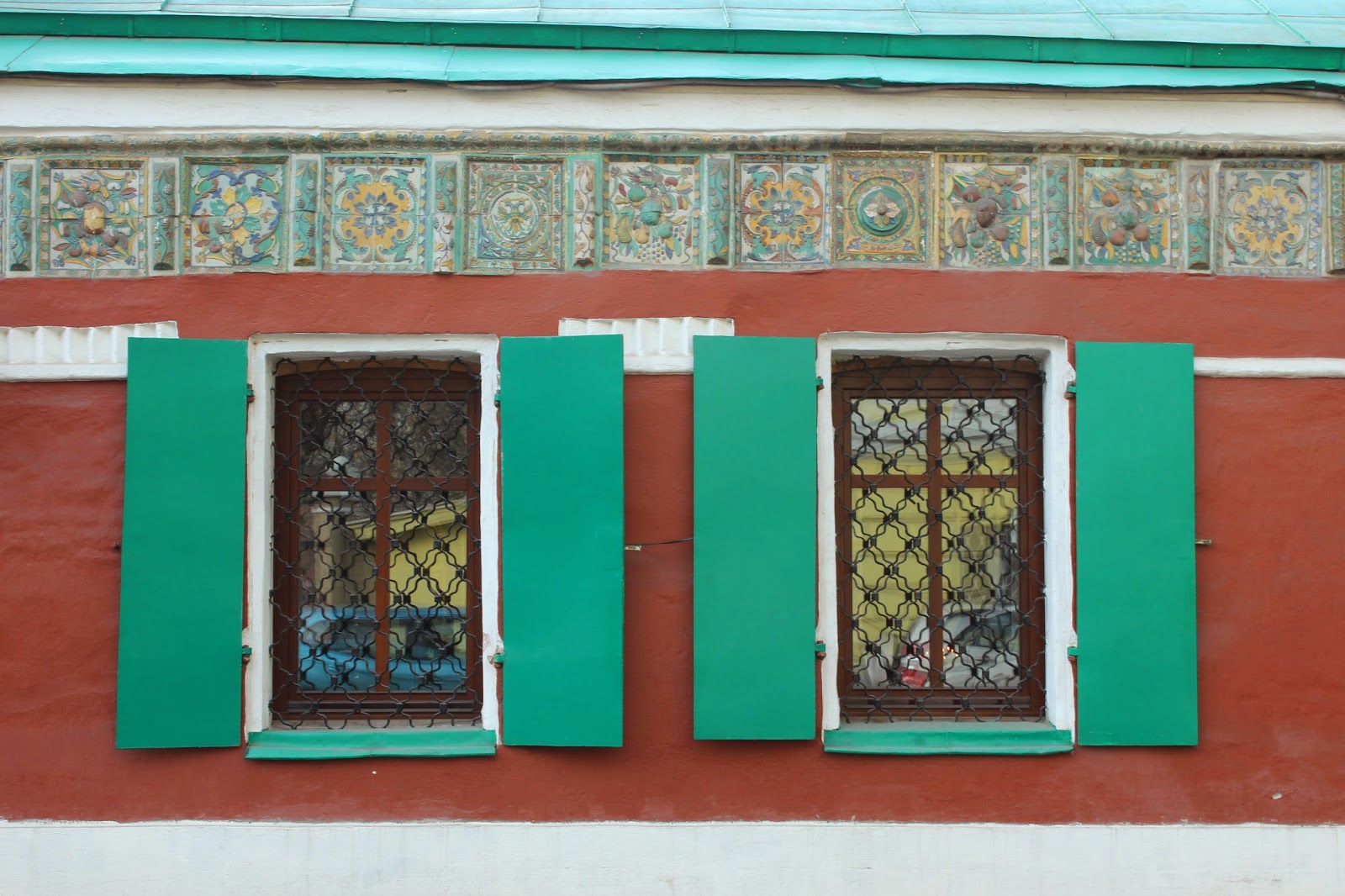 Posted by Inner Beauty at 11:03 AM No comments:

The Walk to School

I have a friend who uses lots and lots of photos in her blog to tell the story of her time here in Russia. As the saying goes, "A picture is worth a thousand words." so I thought I would give it a try to share with you my favorite walk that I do here in Moscow.

Each time I sub at the school, go to a parent/teacher conference or extra curricular event I walk, take the metro and then walk some more.  The trip takes one hour but I love it because I get out of my neighborhood and the city center and into what feels a bit more like true Russia to me!  Last week I grabbed my camera and took photos on my way home from the school.

Decorative iron-work decorates everything.  Whether it is barring on a window or supports for an awning or a fence, everything is pleasant to look at. 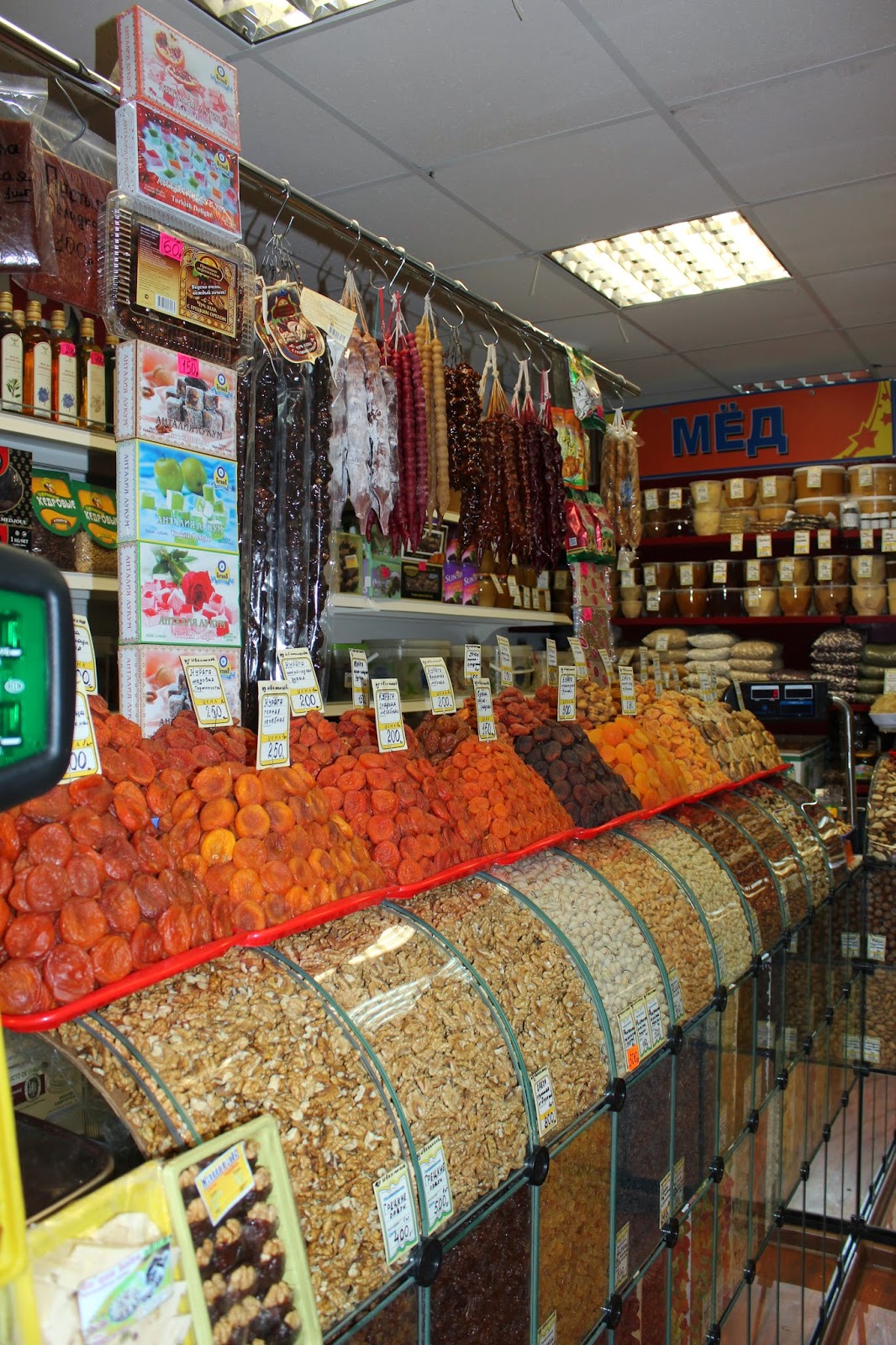 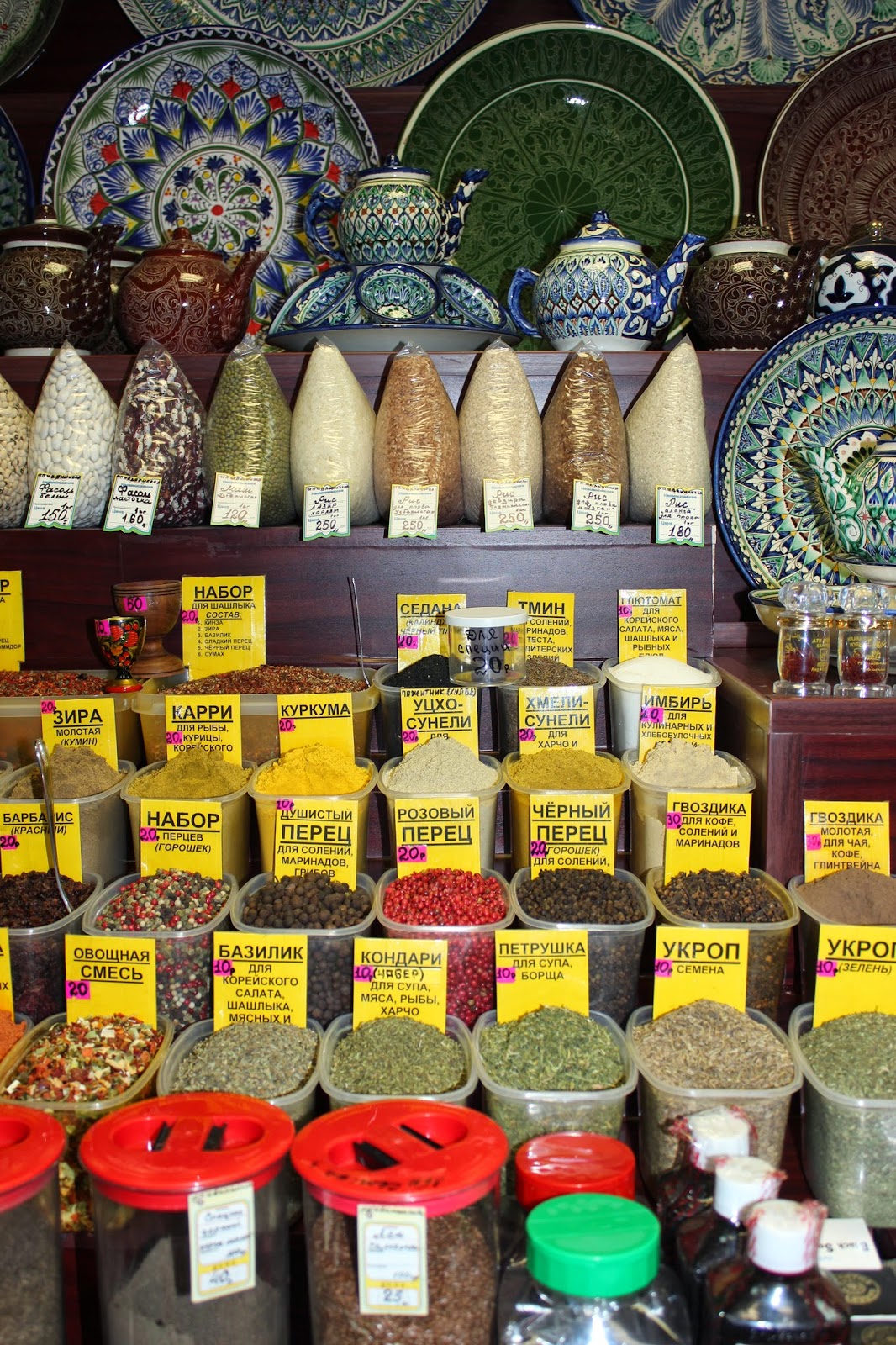 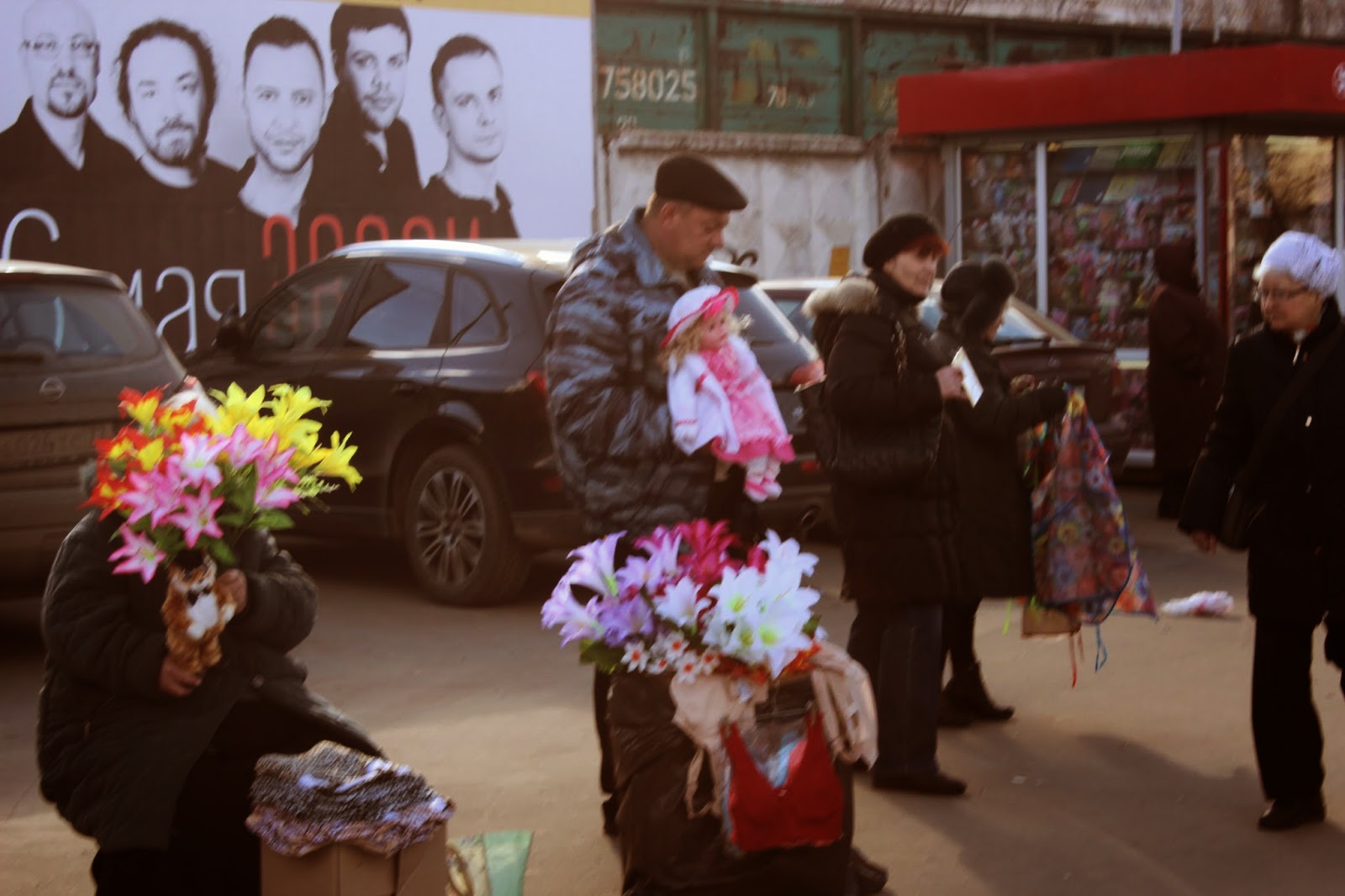 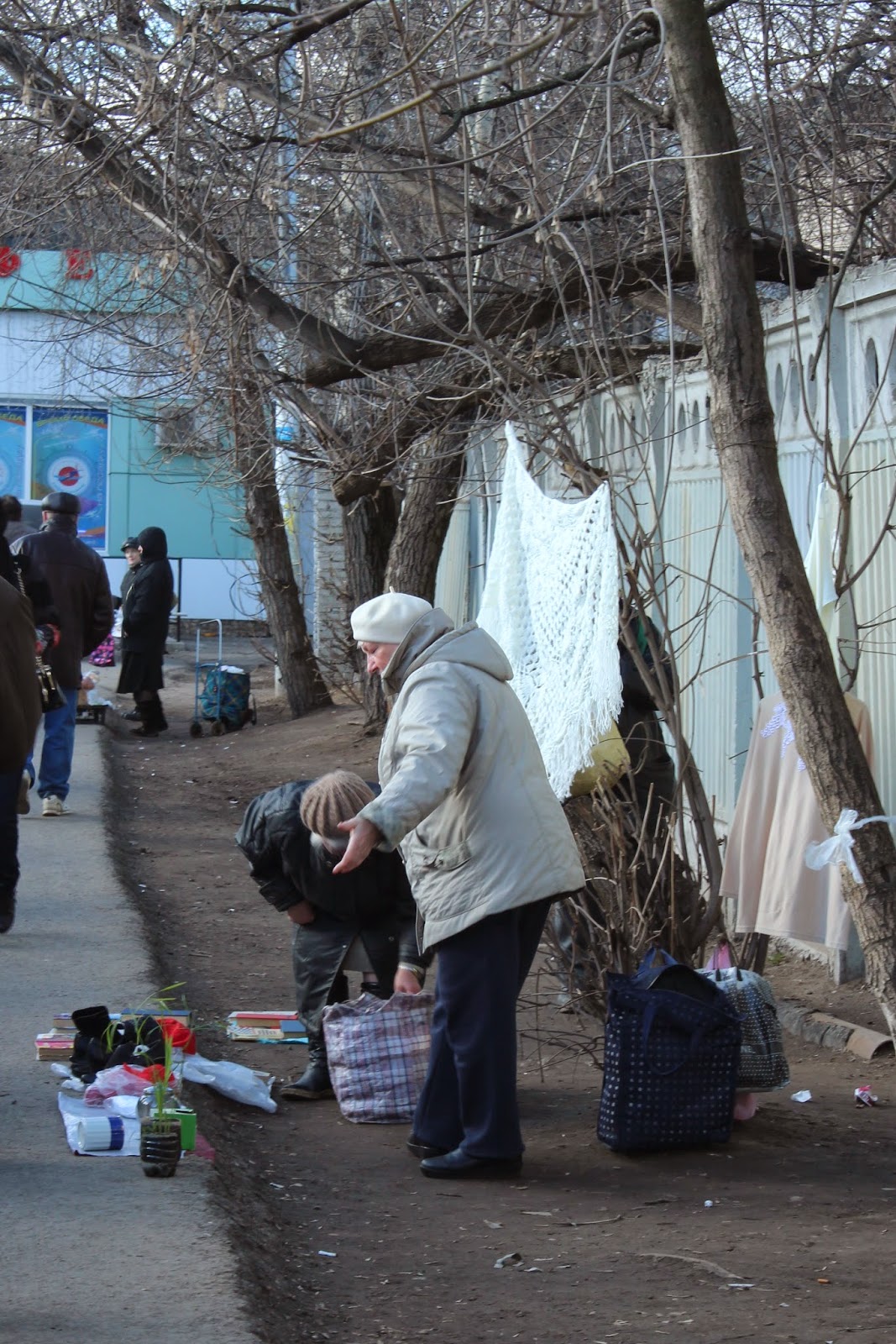 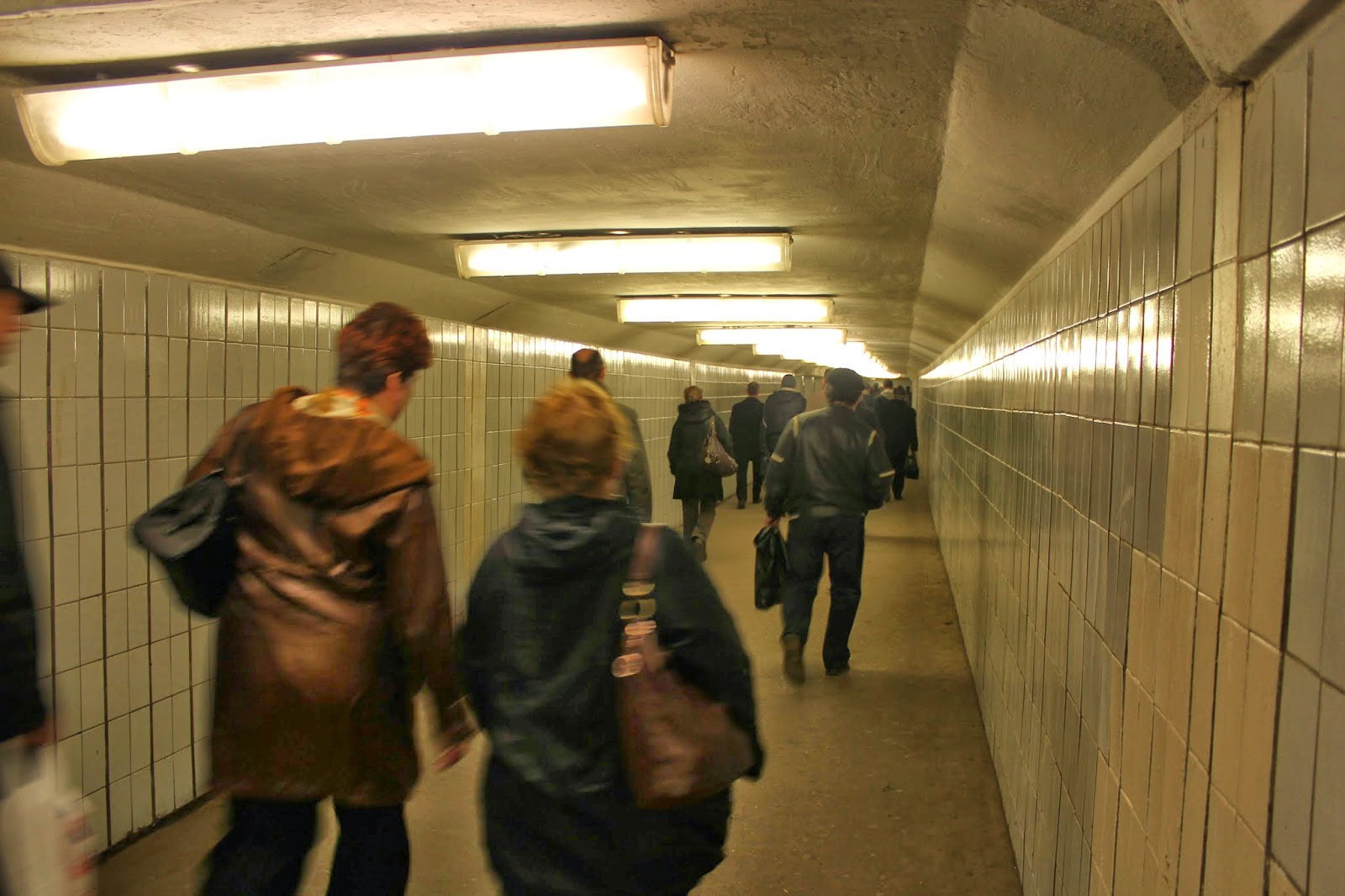 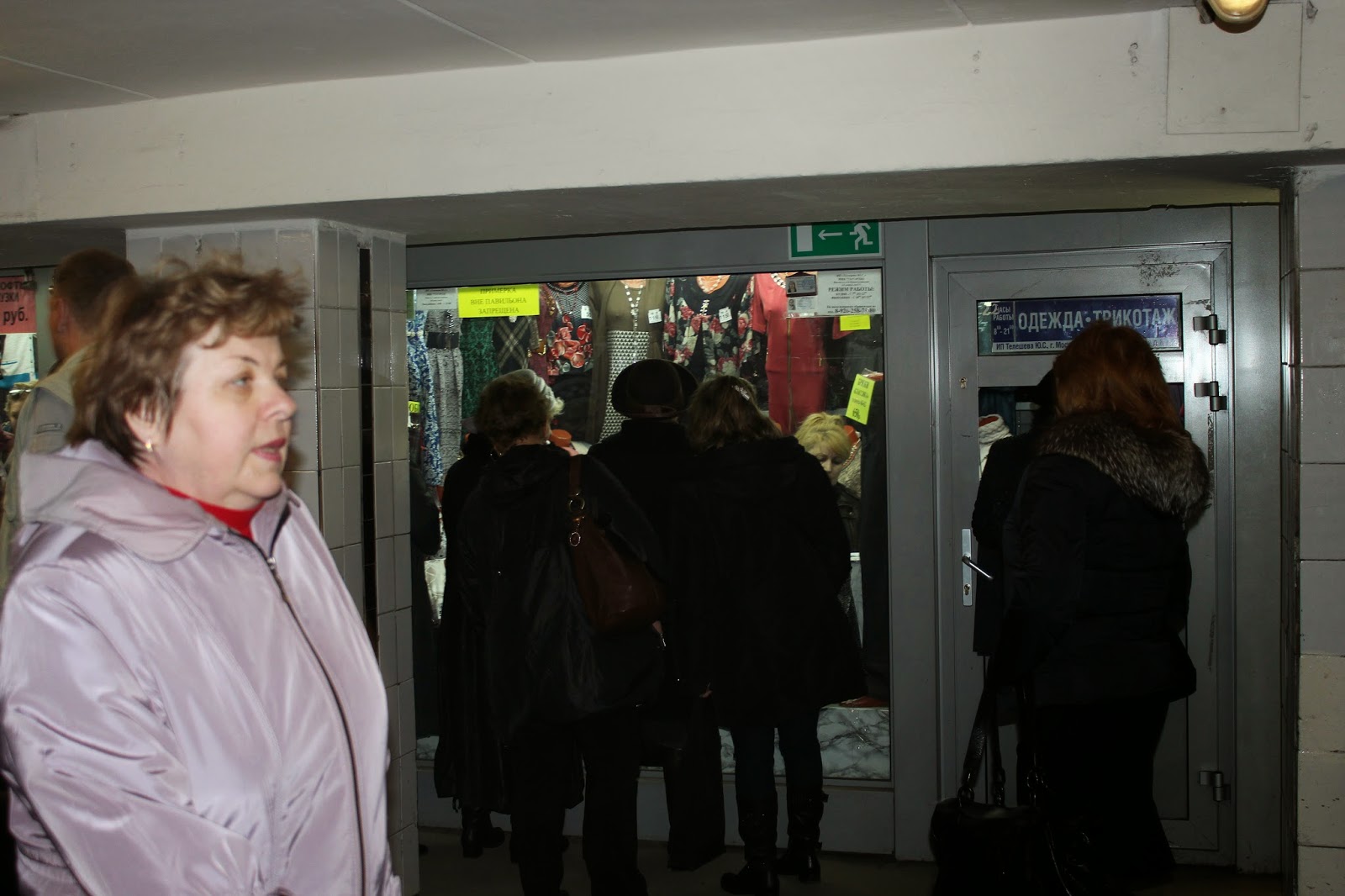 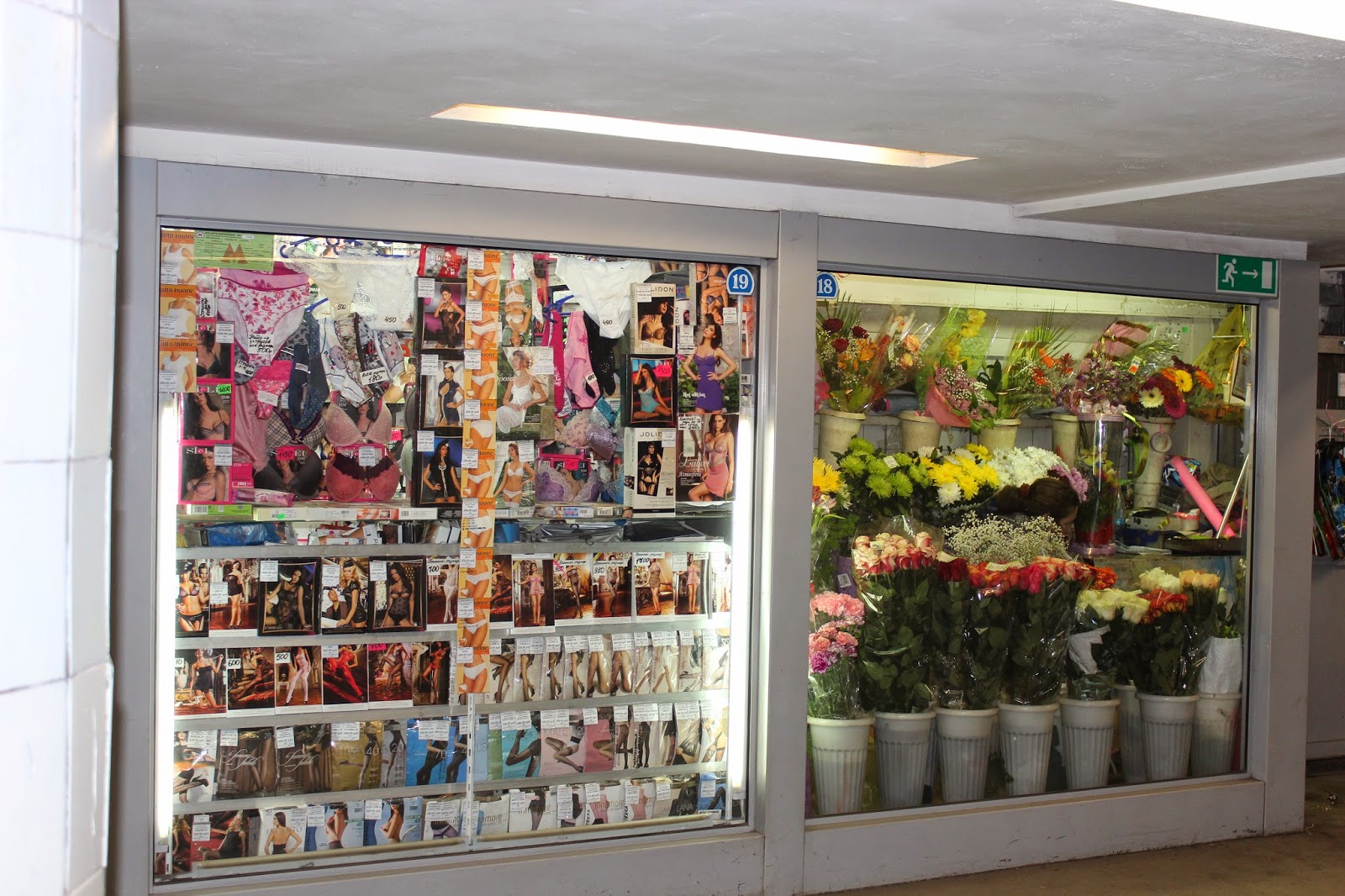 This metro has a long perihode (underground walking tunnel).  Perihodes (I've probably spelled that completely wrong.) often have little shops.  One of the main things you can buy is women's under items.  As you can see from the top picture, they are popular shopping venues. 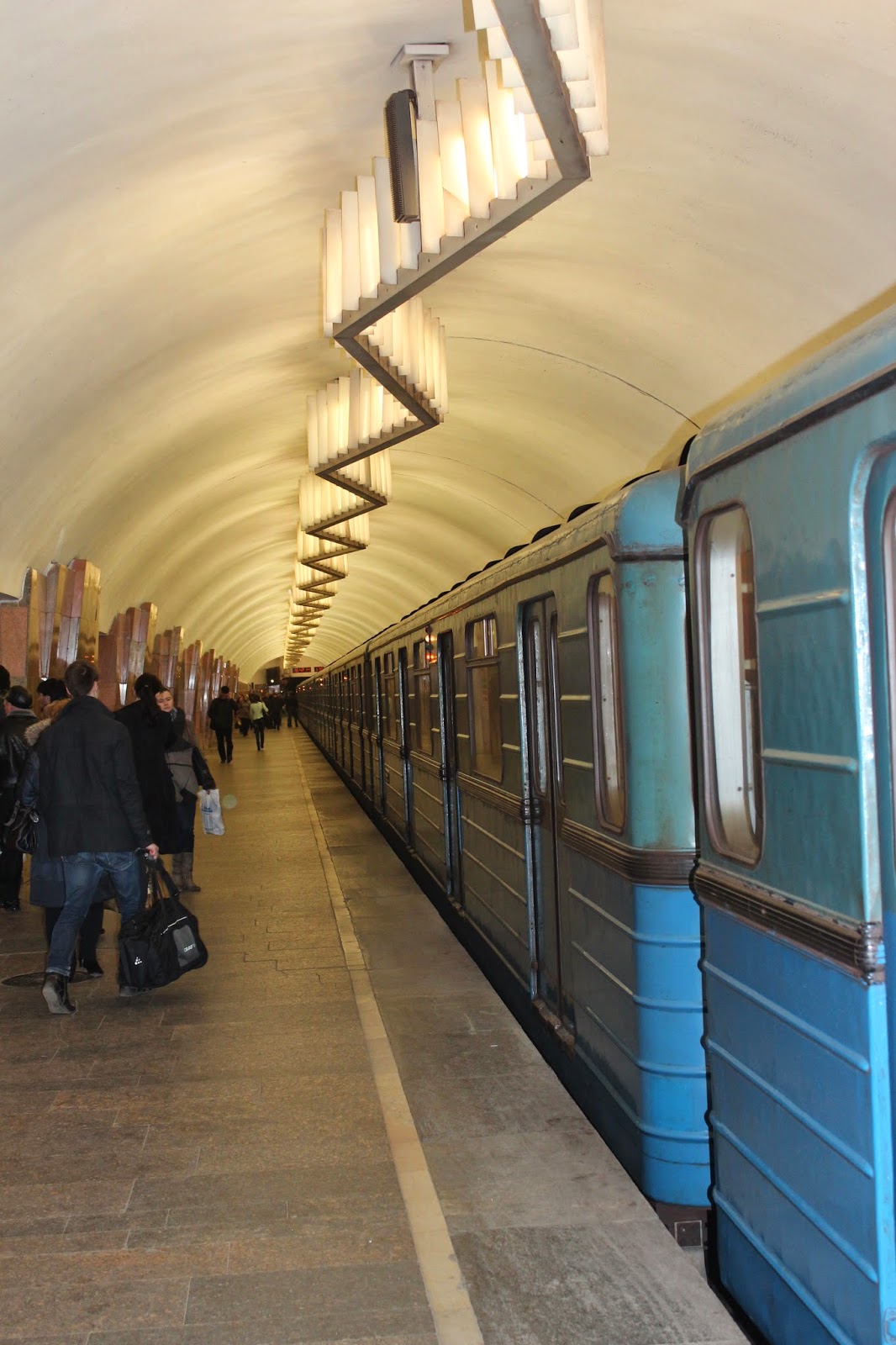 Posted by Inner Beauty at 5:05 AM No comments: